Local Liberal Democrat MEP Catherine Bearder is pressing the EU to take action to curb the rising cost of fuel, as it emerged that petrol and diesel prices could rise by up to 5p per litre due to the current crisis in Ukraine. 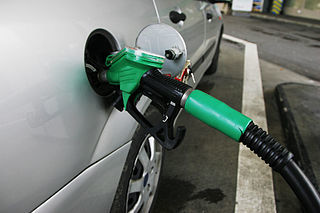 In a written question to the European Commission, the MEP called on the EU to take steps to help push down prices for consumers including promoting competition in the oil market and taking action to prevent price-rigging.

Liberal Democrat MEPs have also pushed for strict EU targets on fuel efficiency. The new rules, approved by the European Parliament last week, are expected to reduce fuel costs for consumers by an average of £1000 per year.

"The rising cost of petrol is a major cause for concern, especially for those in rural areas who rely almost completely on their cars to get around.

"By taking action at the European level, we can cut prices at the pumps and put more money back into people's pockets. Major oil firms operate internationally and so we have to work with other countries to regulate them properly and keep prices under control.

"EU targets are also set to massively improve fuel efficiency, helping drivers to get more miles to the gallon.

"While UKIP MEPs are busy having a pint at the pub, Liberal Democrats are working hard to get a better deal for our constituents back home."