All revved up over EU regulation plans

Bikers are gearing up for a battle with European law makers over proposals which could impact on the extent motorbikes are modified. 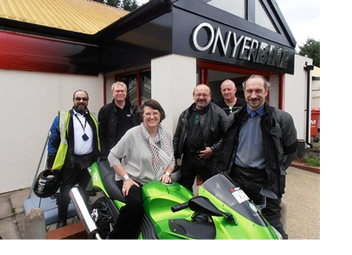 The EU has said the proposed Type Approval and Market Surveillance Regulation is aimed at improving motorbike safety.

But the Motorcycle Action Group (MAG), which has 50,000 UK members, claims it is unnecessary and is worried about the effect on the industry.

Catherine Bearder, Euro MP for Buckinghamshire, met with local MAG members at On Yer Bike, in Bicester Road, near Westcott, on Thursday.

"But it has no evidential base and is seen by us to be a sledgehammer to crack a non-existent nut."

Catherine said: "Everyone agrees motorcycling has to be as safe and clean as possible. I want to encourage responsible bikers on roads both in the UK, and across the European Union.

"Bikers need to be free to modify their bikes in a manner which does not negatively impact on safety or environmental performance.

"But scaremongering over the issue by UKIP has not helped - a party which has, so far, failed to table any constructive input into the regulation.

"I will be writing directly to the commissioner to outline MAG's concerns."

Catherine's Dutch colleague Wim Van De Camp is negotiating with the Commission and is well aware of biker's concerns on so-called anti-tampering measures.

Mr Tyson added: "With feelings of democratic deficit running high, it's refreshing to meet an MEP prepared to listen to concerns of constituents and act on their behalf."