"Moral Imperative" to deal with disability in developing world

The struggle for millions of people living with a disability in developing countries has been highlighted in a paper by South East MEP Catherine Bearder. 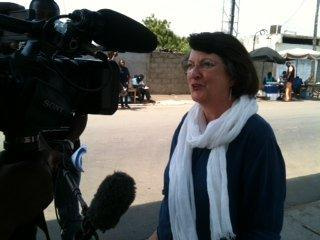 Catherine presented her paper earlier this week at the African, Caribbean and Pacific (ACP)-EU joint parliamentary assembly in Togo.

Around 450 million people in the developing world live with a disability, with a vast majority unemployed.

Catherine said: "The figures are stark and this is not an issue which can be ignored. Such a high proportion of people with disabilities face discrimination on many levels.

"Many of the men and women are out of work, while 90 per cent of children do not attend school. They are forgotten by the very societies they live in."

The report found disability is made harder to address because sufferers are usually extremely poor and live in areas where medical resources are scarce.

Catherine added: "It is not only a moral imperative to ensure disabled people are empowered to play a full and active role in society, but also a financial one."

It is thought economic losses of up to seven per cent of GDP are caused because disabled people are excluded from the labour force. The report has urged ACP countries to come up with disability plans to make sure the issue is confronted.

It has also stressed the need for positive discrimination and to combat stereotypes in a bid to strengthen social inclusion.

Catherine added: "Disability is a development issue. It is the most pressing issue facing development policy today.

"The issue of disability is absent from many high level international discussions and must be taken seriously on the political agenda.

"Unless development policy meets this challenge the future for these people in the developing world is even bleaker."

Meanwhile, Louis Michel, co-president of the ACP-EU assembly, has insisted Europe's economic struggles should not be used as an excuse to cut development aid.

You can read Catherine's full disability report at the ACP-EU website.