Opposition was today mounting against plans for a £50 billion airport in the Thames Estuary. 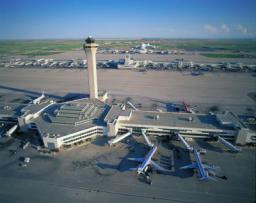 It was reported the Government is becoming "increasingly interested" in a proposal for an airport on the Isle of Grain in North Kent.

However, Liberal Democrats have said they are opposed to the idea, which has been dubbed 'Boris Island' after the London Mayor's support for the scheme.

Mike Henderson, a Lib Dem councillor in Swale, North Kent, said: "I am hugely worried at proposals to build a new airport in the Thames Estuary.

"Fifty per cent of Swale borough has a national and / or international environmental designation related to the North Kent Marshes and migrating and wintering birds.

"There will also be big noise issues, not to mention fuel emissions severely affecting air quality."

The British Aviation Industry is concerned it is losing out to other European hub airports, with the Government also ruling out a third runway at Heathrow.

But Catherine Bearder, a Lib Dem MEP for the South East, said: "The long-term business argument in favour of a 'Boris Island' airport is not balanced by the potential catastrophic effect on the environment.

"I am opposed to increasing air travel, especially short haul flights. And I doubt whether the UK can accept millions of extra air passengers a year and still meet limits on greenhouse emissions."

"Why invest in a new airport when current links from the South East to Europe, such as the Channel Tunnel, are so underused?"