A recent street poll by volunteers in Winchester and Alresford has found a clear majority in favour of staying in the EU. 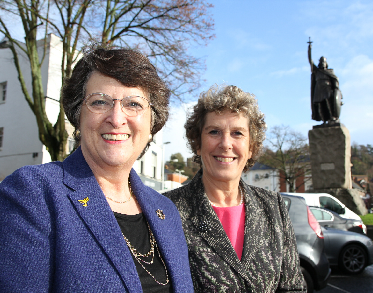 The survey carried out during January found that 58% of voters expressing a definite opinion would vote for the UK to stay in, whilst only 42% would vote to leave.

"96,000 Hampshire jobs are linked to Britain's trade with the EU. The Liberal Democrats will fight to protect those local jobs by keeping us in Europe. In Europe is in work, out of Europe is out of work."

A quarter of people said they did not have enough information to decide which way to vote. To help provide more information the Lib Dems are holding a public "Any Questions?" event at the Guildhall in Winchester on Thursday 13th February at 7.00pm.

"There is a lot of myth and misinformation out there about Europe.

"I'm looking forward to the "Any Questions?" event as an opportunity to address some of the many concerns.

The UK has great influence as one of the largest and most senior members of the EU and the more pro European MEPs we have the better we can make sure Europe works for us. UKIP and many Conservatives want us to pull out; they are not working in our best interests and are putting 3 million British jobs at risk."

The Guildhall event is being held in the King Alfred Hall on Thursday 13th February at 7.00pm with doors open from 6.30pm. It will feature the top three candidates on the Liberal Democrat Party list for the European Parliament elections to be held on 22nd May 2014.

Catherine Bearder, Antony Hook and Dinti Batstone will take questions from members of the public. Winchester is one of 81 constituencies in the South East England Region for which there will be 10 MEPs. The UK has 73 seats out of the 766 seats in the Parliament.

The surveys were conducted in Alresford and Winchester with a total of 777 responses with 339 responding in favour of staying IN, 249 in favour of leaving and 189 unable to express an opinion.