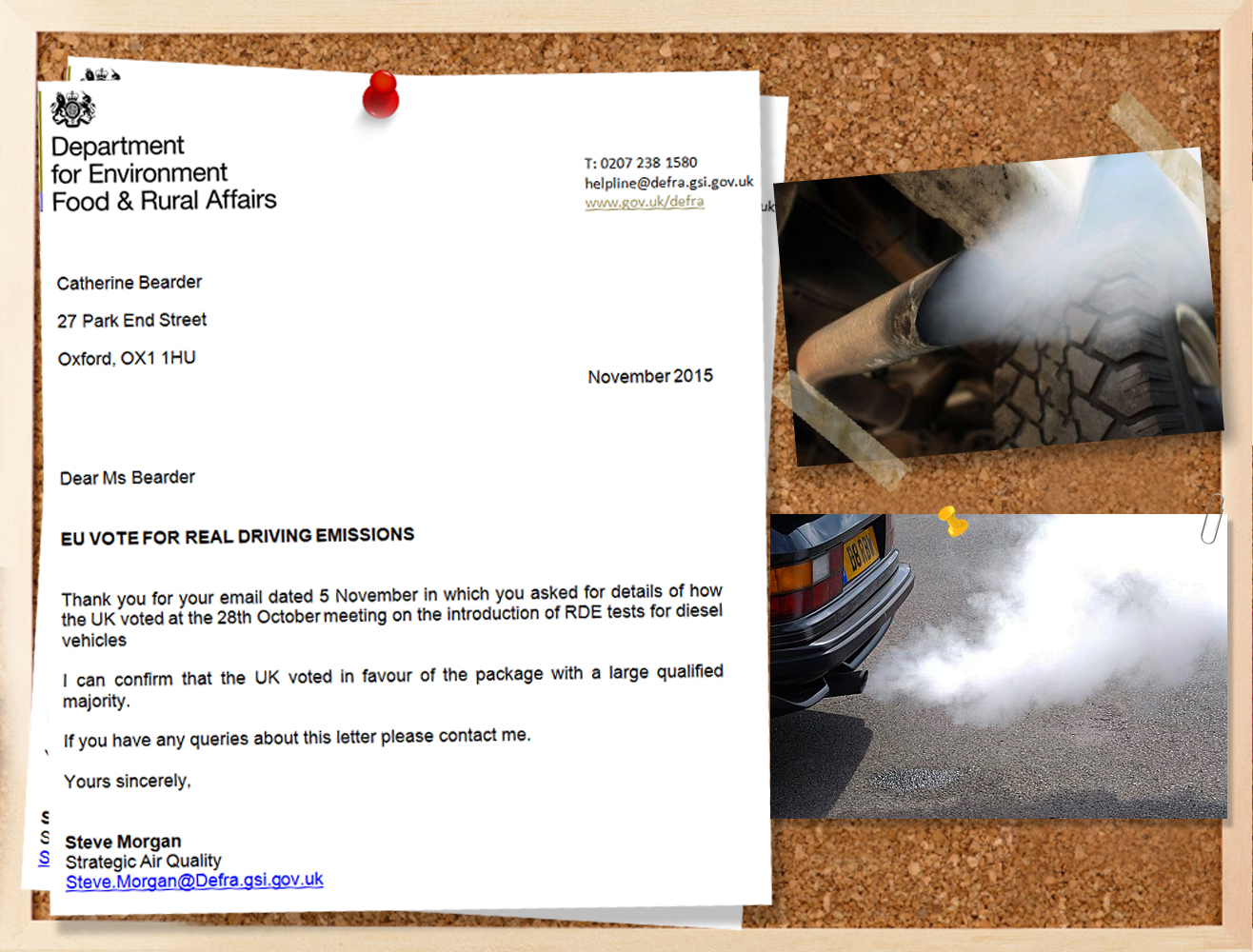 When I received this reply to my Freedom of Information Request (FOI) from DEFRA my heart sank. It confirmed what I suspected, that the UK government had voted in favour of a deal to delay and water down new tests to tackle pollution from diesel cars. The Tories once again have not acted in our country’s best interests.

I'm furious. By voting to weaken diesel emission limits, the Conservative government have given into the money-fuelled motoring lobby and put thousands more British lives at risk.

I’m passionate about cleaning up our air. I’ve spoken to many of you about it and visited the worst affected areas in my constituency, like Maidstone, Oxford and Brighton.

I thought the Volkswagen scandal would be a wake-up call in the fight against diesel pollution and that the government would stop turning a blind eye to this invisible killer.

So my heart sank when I got the letter from DEFRA to confirm the Tory government had voted to water down diesel pollution limits. It sank because I’ve seen the impact of air pollution first hand and I know it will take yet more lives the longer we allow it to persist.

Luckily the fight is not over. I've helped gather support in the European Parliament to raise an objection to this shameful stitch-up, as reported in the Sunday Times this week.. On 14th December we'll be voting on whether to reject this deal and ensure tougher tests are put in place. The technology to cut diesel pollution is already there. There is no reason the public should have to wait another 5 years for cleaner air.