We have to work together to fight organised crime

Catherine Bearder MEP offers her thoughts on the fight against organised crime across the EU... 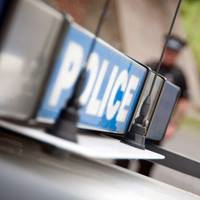 Organised crime is growing in Europe. Where national crime statistics across Europe are consistently falling, smuggling, counterfeiting, money laundering and human trafficking are all on the rise.

The European Parliament w ill soon be voting on a report from the Special Committee on Organised Crime, Corruption and Money Laundering. It is a report following a decade of work and aims to provide a Europe-wide strategy to fight organised crime.

The scale and ability of these multi-national crime networks has changed dramatically in that ten year period and will continue to adapt even quicker as they exploit the same advances in technology that help our improve our day to day working lives.

Europol estimate that there are at least 3,600 internationally active organised crime groups in Europe. Even more staggering to a British audience, is that half of Europol's investigations have links to the UK.

The free movement of goods, services, capital and persons is the most fundamental part of our internal market. But, we must recognise that the more open European borders are, the easier it is for criminal gangs to spread. We need to develop the level of police cooperation further to keep up with them.

My colleague, Bill Newton Dunn MEP, who has sits on the Special Committee is calling for legislation to attack organised crime's assets. The committee also wants a harmonised definition of "organised crime" across the EU as current variances in legal definitions make coordination more difficult.

All of these recommendations lead to one broad theme. Organised crime, just as any cross-border crime, can only be tackled at an international level.

When crime crosses borders, justice must too. Crime is no respecter of borders. We have already seen some real successes in what police-cooperation across the EU can achieve.

The European Arrest Warrant has allowed 4,000 suspects including suspected rapists, murderers and child sex offenders to be arrested and extradited from the UK. It's not perfect, but it's a cheap, fast and effective mechanism that's makes the job of our police easier.

In my constituency, I have seen the real success of this type of cooperation. It led to the jailing of paedophile Timothy Edmonds, from Witney, whose child abuse videos appeared on the internet and were spotted by police in Denmark. He was captured in just 14 hours.

Cooperation on these issues requires real willingness from the member states, particularly the UK. It is welcome that, this summer, following prolonged negotiations within the coalition, the Home Secretary announced the Government will be opting back in to all the cross-border crime fighting measures regarded as vital by the Association of Chief Police Officers.

Unfortunately, I have doubts that a Conservative only government would have taken this decision.

Many Tories are so blinded by their anti-EU prejudice that they have gone soft on crime. 100 of their MPs and many of their MEPs were proposing to withdraw from these key European crime-fighting measures.

They are joined by UKIP in a deluded belief that there isn't a benefit in working together to catch criminals that cross our borders. Frankly, they should be ashamed of themselves.

I remember the bad old days of the Costa del Crime. It's not so long since suspected criminals could evade British justice just by escaping to the continent.

That can't happen anymore thanks to cooperation measures like the European Arrest Warrant.

We can't allow the Conservatives and UKIP to put their political prejudices before public safety as these proposals to tackle organised crime advance through the legislative process.