Today's tobacco vote is a victory for e-cig campaigners

Liberal Democrat MEPs today won a major victory for e-cigarette users when the European Parliament backed their amendment which will ensure e-cigs are available for sale on the same basis as tobacco. 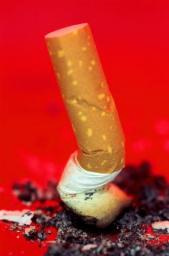 Catherine Bearder, South East MEP, said: "E-cigs can be a game changer in the fight against smoking. Hundreds of former smokers have written to tell me that they have helped them give up cigarettes when nothing else worked.

"They are successful because they are not medicines but products that smokers enjoy using as an alternative to cigarettes.

"Every year 700,000 people in Europe die of smoking-related disease. We should not do anything that makes e-cigs harder to obtain than tobacco cigarettes."

"Many smokers have already quit tobacco by switching to electronic cigarettes; today's vote will help more of them to do so."

MEPs rejected the Commission proposal that electronic cigarettes should be treated as medicines, increasing their cost and reducing their availability in many countries.

The amendment from the ALDE (Liberal) Group stated that e-cigs should meet product safety standards and that there should be restrictions on their advertising and marketing, but that they had a major role to play in reducing tobacco-related deaths.

Attempts must now be made to find a compromise between the European Parliament and the EU Council of Ministers.