The Lib Dem's green impact on the south east economy 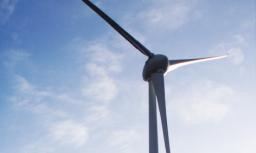 The coalition Government announced on Wednesday a series of measures to alleviate fuel poverty and encourage demand for insulation and energy saving products.

But figures have also shown the extent of private investment into the region from green businesses, which have created thousands of jobs.

Catherine said: "It's great to see this level of private sector money being fed into the south east's green economy.

"It just goes to prove how the Liberal Democrats have managed to create a fertile ground for these investments.

"And, with the Green Deal, the Lib Dems are doing the right thing for the environment, household budgets and the economy.

"Not only does this mean lower energy bills for everyone, but this huge investment will create green jobs and investment which leave a lasting legacy."

Breakdown of the figures:

Examples of the investment:

• South Boats, in East Cowes, Isle of Wight: eight contracts, including Turbine Transfers (worth £13m), and Seacat Services (worth £14m)