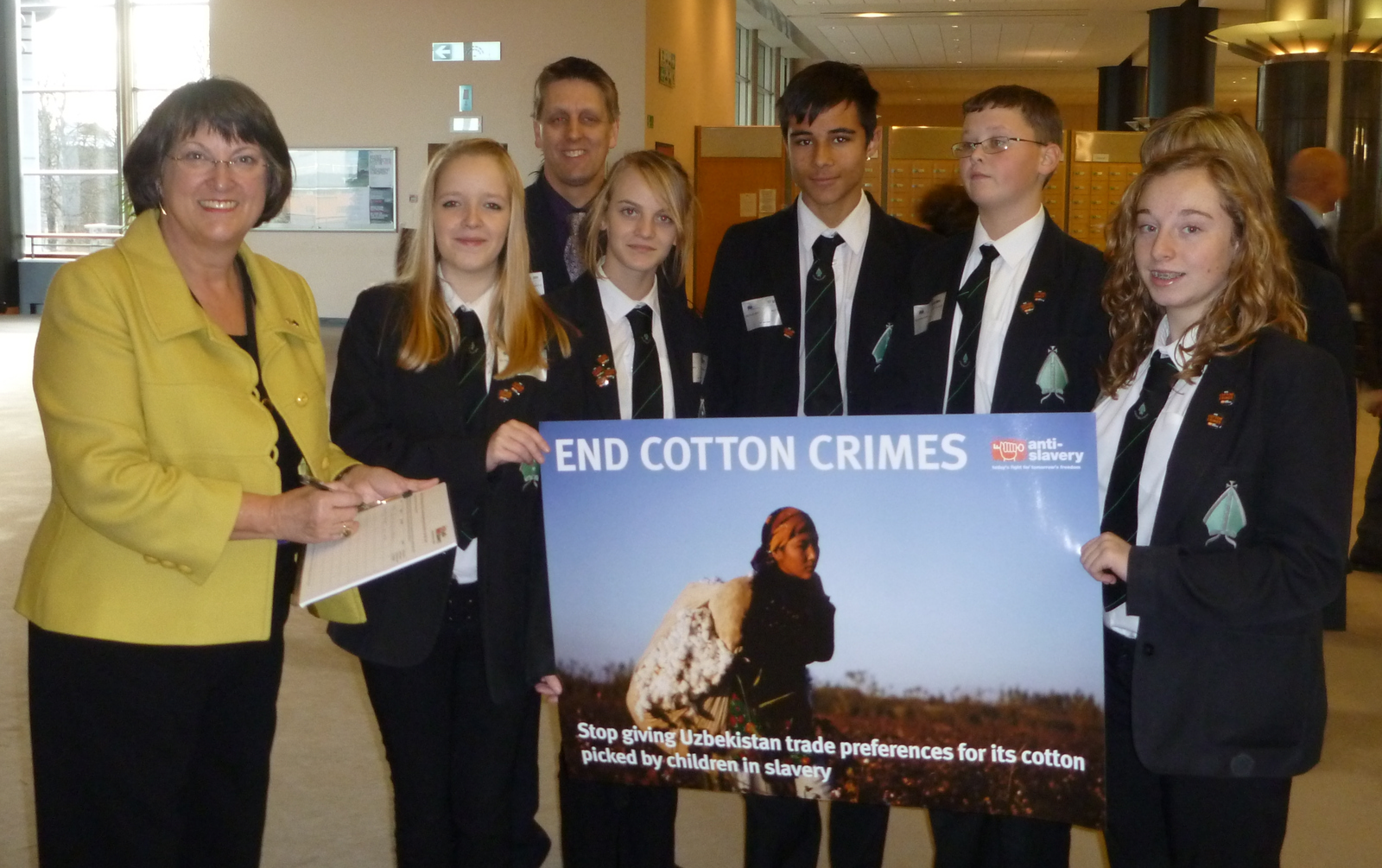 Pupils from Eastbourne's Bishop Bell School visited Brussels to hand a 10,000 signature petition to the President of the European Parliament.

They were calling for an end to preferential trade tariffs for Uzbekistan until its Government stops using thousands of school children to pick cotton during the annual harvest.

John Feltham, 14, said: "When I found out Uzbekistan's cotton was being picked by children and was forced… I was shocked they had no choice. I feel we should stop this now."

Youngsters are rarely paid for their work and can pick up to 50 kg of cotton a day, while being threatened with expulsion from school if they refuse to take part in the harvest.

The pupils learned about the cotton industry in Uzbekistan after studying the UN Convention on Rights of a Child.

Jasmine Down, 14, added: "I was outraged when I heard children as young as five-years-old work in the cotton fields. I believe these children should have a choice about whether they work and should not be punished for not picking enough cotton."

Catherine last week welcomed chocolate maker Nestle's decision to investigate the use of child labour in its supply chain.

She said: "The European Union must take a strong stand on this - we must not allow trade concessions with countries ignoring the issue of child slavery.

"It is great to see these young campaigners saying loud and clear: 'this is unacceptable' and they are willing to do something about it."

Issac Nuckhir, 14, said: "The European Parliament could put a stop to child labour and help children get the same kind of education as me."