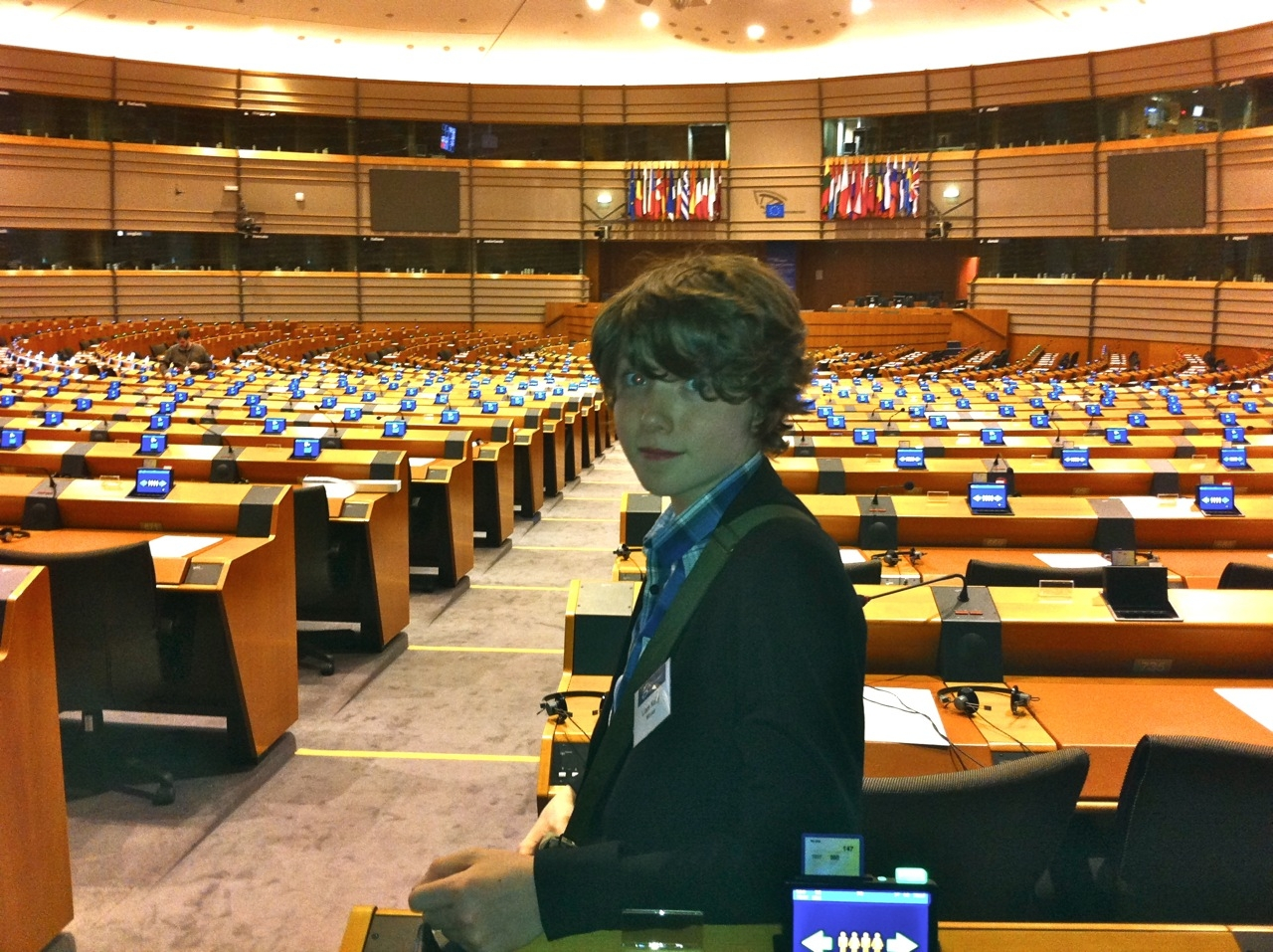 Liam Kelly, 13, won a trip to Brussels, after winning an eco-video competition, organised by Eurostar and the Young People's Trust for the Environment.

Liam is already spearheading the Make the Link - Climate exChange project at his school - the Royal Alexandra and Albert in Reigate - run by charities Plan UK and the Citizenship Foundation.

"In my video entry for the competition I talked about how we need to improve electric cars so that they can travel faster and further," said Liam.

"I think more young people should know about MEPs and how to contact them and make a difference."

On arriving in Brussels, Liam and four other winners were given a tour of the European Parliament and had lunch with MEPs, before making a speech and taking part in a debate.

"The highlight was when we had the debate with MEPs as it was really interesting to hear everyone's views and share ideas and opinions about the environment," said Liam.

"I told them my views on sustainable travel, recycling and how different countries can save energy. I think they really listened.

"I was delighted to welcome a group of such confident and talent youngsters to the parliament," said Catherine Bearder, Liberal Democrat MEP for South East England.

"The message they had for people working to battle climate change, such as myself is: time is not on our side… we must act fast.

"Make the Link - Climate exChange is an excellent way for young people to raise awareness of the impact of climate change on our environment."

Liam is now campaigning for his school to introduce specialist plastic recycling bins - and is even composing songs to drive home his message about the environment.

His work is part of the global Make the Link - Climate exchange initiative, funded by the European Commission, which is encouraging 36,000 young people across Europe and Africa to take on global warming.

"Young people in the UK are increasingly recognising that their citizenship extends into Europe," said the CEO of the Citizenship Foundation, Andy Thornton.

"We're often more influential than we think - once we plug into the combined power of the European states.

"There are few issues as important as climate change where this united effort needs our close attention - we're proud to have been part of Liam's great initiative!"

"It's fantastic that he recognises the value of campaigning both on a local and a European level."