Sir Graham is right man to lead Liberals in Europe 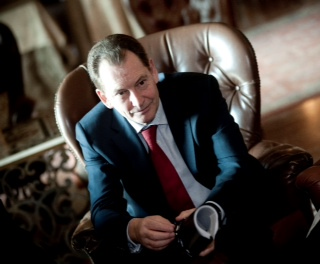 It came as Sir Graham was elected President of the party at its congress in Palermo, Italy, on Friday.

ELDR is the political party federation which includes the Liberal Democrats, along with 55 other liberal parties across the European Union.

Sir Graham, who is a Lib Dem MEP representing the South West and Gibraltar, has pledged to strengthen European Liberalism.

He said: "My three main goals will be to expand our party, to update its campaign techniques and to build it into a party which is truly pan-European in its thinking.

"The multiple crises we are currently mired in - economic, political and environmental - are an opportunity for Liberals to show what we are made of."

Catherine said: "Sir Graham is the right man to show how Liberals can offer strong leadership and a powerful alternative to European conservatism and socialism in these turbulent times.

"This shows how UK Liberal Democrats are trusted to take on vitally important jobs at the heart of EU decision making."

Sir Graham was a former leader of the Alliance of Liberals and Democrats in the European Parliament and has been an MEP for 12 years.

He was awarded a knighthood in June for his public and political service.