SeaFrance demise is bad news for workers and travellers 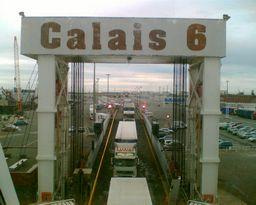 Around 130 Dover jobs including office workers and check-in staff could be lost after the ferry operator went into liquidation.

It came as a French court rejected a plan by SeaFrance workers to set up a co-operative and revive the loss-making business.

However, it was also reported how Channel Tunnel operator Eurotunnel was weighing up a bid for the company, which sailed between Dover and Calais.

And Catherine said: "I am extremely concerned at today's news. It's worrying for anyone in Dover who works for SeaFrance, as well as their families.

"However, I am still hopeful a deal can be struck to save the company.

"If SeaFrance is not operating, it means fewer sailings and less competition across the Channel. That is not good for travellers or workers."