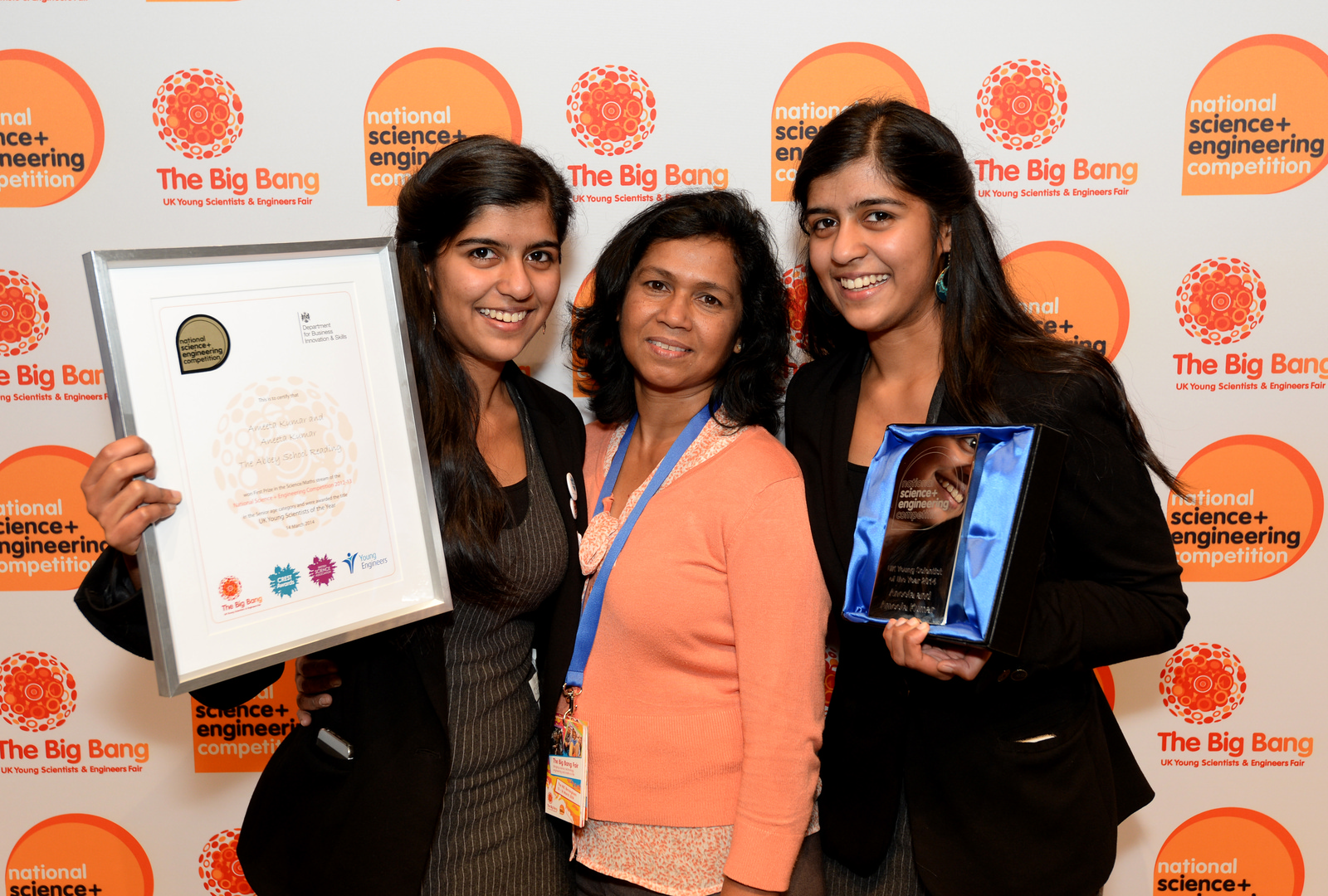 Out of 116 finalists Aneeta and Ameeta Kumar, who attended the Abbey School, battled it out to come third in the competition, which has run for 26 years.

Their project focuses on improving the early diagnosis of cancer and won the UK Young Scientist accolade this year and has now been picked up by an Oxford-based laboratory.

The sisters are now beginning their studies in medicine at the University of Southampton.

The European Commission contest aims to boost young people's interest in the sciences and encourage them to follow careers in science and technology.

"I am delighted two sisters from Reading have come so far in such a competitive contest. It is especially pleasing, given the current drive for females to enter careers in science

"Their project could help develop resear4ch into gaining an earlier diagnosis for millions of cancer sufferers.

"This is an example of the EU driving scientific research and gearing up the next generation of scientists to ensure Europe remains central to worldwide progress.

Imran Khan, Chief Executive of the British Science Association, the organisation responsible for nominating the UK candidate for the competition said:

"Our national football teams may have been nowhere to be seen this summer, but Aneeta and Ameeta have shown that, when it comes to science, young people in the UK are still amongst the best in the world.

"I really hope they inspire others to follow them - it's incredibly easy to get involved in our CREST Awards scheme and start doing science yourself."