A Government pledge to strengthen EU ties will highlight the benefits of the UK's place in the European Union. 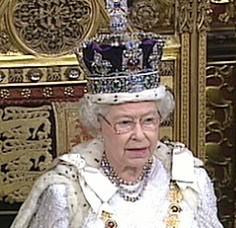 Details were outlined in today's Queen's Speech to relaunch an EU for Citizens programme, which could include fresh town twinning and war memorial schemes.

Catherine Bearder, an MEP for the South East, believes the bill could help improve connections between the UK and Europe.

She said: "This is a clear sign the UK is willing to continue building a constructive relationship with our European friends.

"We have been deluged with calls from elements of the Conservative Party to introduce legislation aimed at watering down Britain's ties with the EU.

"But there is an appetite outside of the political chattering classes to share knowledge, culture, business and friendship with our European friends."

It is thought around 2,000 global town twinning links have been set up by UK towns and cities since Coventry forged links with Stalingrad in 1944.

The EU was last year involved with funding for around 391 town-twinning projects and 44 networks of twinned towns.

A host of places in the South East have established links with European towns, but in recent years due to council cutbacks many twinning associations have been shut down.

And Catherine added: "We can continue grumbling on the fringes of the EU or play a wholehearted role in making Europe a better place to live.

"The programme also includes initiatives such as Second World War Memorials, which are such a vital reminder for future generations about Europe's tumultuous past."