Researchers in Oxford are set to receive millions in EU funding to continue carrying out their cutting-edge work, after the European Research Council announced its latest round of grants to universities across Europe. 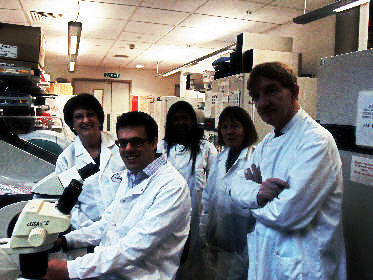 The UK has received more grants than any other country and is set to receive the biggest share of the £476 million made available in funding.

A total of nine University of Oxford research projects have won grants worth an average of £1.5 million each.

The funded projects include one examining the evolution of infection and immunity and a project looking into the brain mechanisms behind the development of parenting.

"Oxford University is a world leader in conducting ground-breaking research and developing new technologies. This EU funding will allow some of our brightest minds to stay one step ahead in a range of cutting-edge sectors.

"Liberal Democrats have fought hard for a smaller EU budget that prioritises growth and jobs, including millions of pounds worth of extra research funding.

"We're now starting to see the fruits of these reforms through more cash for local universities that will create more jobs in the local economy."