Nestle: Child labour has no place in supply chain

Chocolate maker Nestlé has pledged to clampdown on children working on cocoa farms supplying its factories. 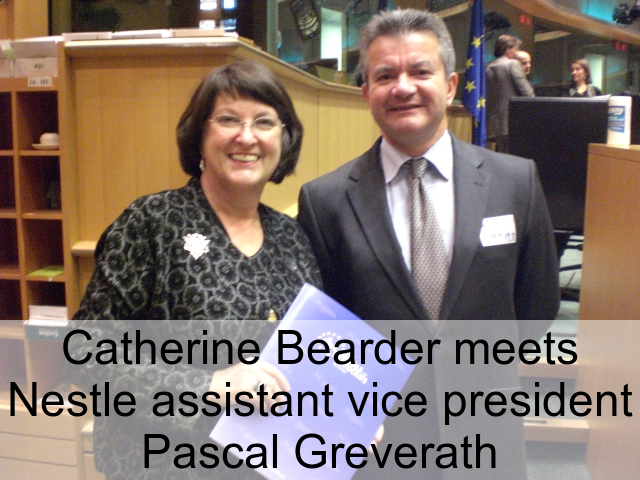 Catherine Bearder, MEP for the South East, welcomed news the global food giant will work with the Fair Labour Association (FLA) to tackle the problem.

Nestlé is one of the biggest cocoa buyers in the world, but bosses have acknowledged slow progress on wiping out child labour.

Executive Vice President Jose Lopez said: "Child labour has no place in our supply chain. We cannot solve the problem on our own, but by working with a partner like the FLA we can make sure our efforts to address it are targeted where they are needed most."

It comes as the European Parliament works towards a new international cocoa agreement, which aims to regulate the industry. Moves are also being made to address the problem of child labour in cocoa fields as part of the agreement.

Catherine said: "This is good news. Nestlé is waking up to the fact more needs to be done to stop the use of child labour in its supply chain. We cannot continue to turn a blind eye to child exploitation."

The FLA will start work on stamping out child labour in Ivory Coast in January and will receive funding from Nestlé for the project.

Last year Catherine called on the European Commission to stop human trafficking in the West Africa cocoa industry. She also wanted to make sure children were not being used on farms in countries such as Ghana and Ivory Coast.

Catherine added: "The EU is doing great work to try and stop exploitative child labour. But we also need to deal with the problem of child trafficking at the same time, otherwise children will continue to be exploited."