Safeguarding passenger rights would be a boost to travellers and the European economy, Catherine Bearder MEP said today. 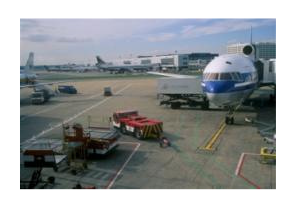 It comes after the European Parliament on Tuesday backed measures aimed at strengthening passenger rights, whether they travel on planes, trains, buses or boats.

Figures reveal 3.29 million people in the South East holiday in another European Union country every year.

MEPs also want to make sure transport firms will inform passengers about their existing rights while on the road.

They have called on the European Commission to consider a raft of measures, including controlling how travel companies levy credit card fees.

Catherine said: "Guaranteeing rights for passengers is key to encouraging people to travel within the UK and across Europe.

"It is a shambles that many people are not aware of already existing EU rights when facing delays, cancellations and luggage problems.

"Passengers have the right to better information about their rights, starting from when they book tickets, but also in departure and arrival halls.

"If people feel more secure, they will travel more, and that can only be good for member state economies."

MEPs have urged the European Commission to step up its monitoring of travel websites and ban non-optional costs for credit card transactions at the end of booking processes.

They also called for European standards to be laid for hand luggage and the promotion of journeys combining several modes of transport.

Catherine added: "The EU should also look at more price transparency, in particular with regard to online airfares.

"I also hope it does more to protect passengers when travel firms go bust and there is better help for disabled people."

Passenger rights in the EU can be found here http://europa.eu/youreurope/citizens/travel/passenger-rights/index_en.htm