The European Parliament's Environment Committee has voted to radically overhaul the EU's carbon market by 2018. The reform would see a mechanism introduced to tackle the growing surplus in emission allowances that has led to a dramatic fall in the EU's carbon price in recent years.

"They will also level the playing field for British firms by bringing the cost of carbon in the EU into line with the UK's own ambitious carbon floor price. 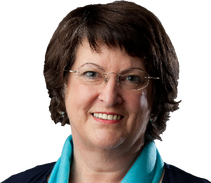 "A final agreement is now urgently needed to show the EU is serious about strengthening its emissions trading scheme in the build up to global climate talks in Paris later this year."

"Today the UK joins eight other Member States to make clear the need for strong and urgent reform of EU emissions trading that shows the rest of the world Europe is firmly committed to reducing emissions cost-effectively.

"Ambitious, and early action is good for Europe, providing the certainty needed to create investment, jobs and growth as we move to a low-carbon economy. Delay will only cause investor uncertainty, raise costs for businesses and ultimately leave consumers to pay the price."