Local Tories show their true colour, and its blue not green 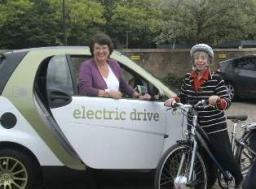 South East England's Tory MEPs have been warned that if they fail to vote for a 30% EU emissions reduction target by 2020 in a crucial vote in Brussels tomorrow they will undermine the Prime Minister and the UK's reputation as a leading voice in the fight against global warming.

Raising the target for carbon reductions from 20% to 30% will stimulate investment in new green industries. This will create local jobs and help to safeguard the UK's position as a global leader on reducing carbon emissions and tackling climate change.

The Coalition Agreement makes a strong commitment to maintaining the UK's position as a global leader on reducing carbon emissions and tackling climate change. The Energy Secretary Chris Huhne supported to the European Commission in its attempt to persuade EU ministers to adopt the new targets.

"The Tories are showing their true colours. They are blue, not green!"

"By refusing to endorse their own Government's position on tackling climate change they are undermining any commitment the Conservatives may make on climate change."

"The Coalition Government has a very clear position on this issue. To stimulate the low carbon investment we have to raise our carbon reduction target to 30%."

"The Conservative MEPs have many climate change deniers in their ranks, now it seems they have gained the upper hand."

"The UK must continue to lead the world on tackling climate change. It is irresponsible of local Tories to scupper their Government's ambitions."