More than 91,000 carers in the South East will receive a bonus worth up to £250-a-year under a Liberal Democrat government, it has been announced. 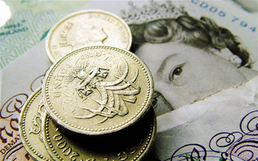 The no strings attached Carer's Bonus will help more than one million people who look after disabled loved-ones.

The annual payment will help full-time carers get a bit of extra help and recognises the invaluable contribution they make to society.

"It is estimated six in ten of us will at some point in our lives find ourselves caring for someone else. These carers are Britain's unsung heroes. Up and down the country behind closed doors, you'll find a hidden army of carers doing amazing things every day.

"These carers deserve our support, which is why the Liberal Democrat manifesto will include a Carer's Bonus to give them a little extra help.

"It's completely up to the carers themselves how they spend it - it's a no strings attached bonus from a party that is grateful for the superhuman work they do."

The bonus would be worth £125 at the start of the next parliament and would rise to £250-a-year by 2020, with around 1.1 million people who receive the Carer's Allowance or Carer's Premium eligible.

"We know how hard carers work and that one of the most important things to them is getting a break every now again.

"It is why the Liberal Democrats will introduce this Carer's Bonus if we are in government again after the General Election."

The pledge follows a number of measures introduced by the Coalition Government to support carers.

In Government the party has secured £800 million to fund short breaks for disabled children and their families.

Around £400 million has been set aside to support carers to take breaks from caring responsibilities.

While £3 million has been allocated to improve awareness and understanding about carers among health workers.