Lethal blind spots in lorries could soon be a thing of the past after the success today of Liberal Democrat MEPs in Brussels. 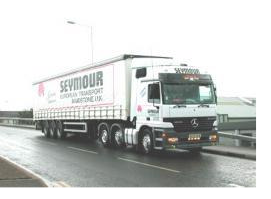 Every year 400 deaths occur on our roads thanks to these lethal blindspots. To stop these deaths from happening, campaigners have travelled to the European Parliament to secure the support of 369 MEPs needed to pass the Written Declaration on road safety. After a four month, Europe-wide effort, the final signature was secured with just hours to spare before Thursday's deadline.
The campaign was led by Liberal Democrat MEP Fiona Hall, who tabled the Written Declaration which calls for use of sensors and cameras to eliminate the blind spots in lorries that cause thousands of collisions each year.
Local Euro MP Catherine Bearder supported the campaign and was delighted a majority of MEPs have also supported it. Catherine said:
"Road safety must always be taken very seriously and lorry blindspots are a dangerous problem for everyone."
"The sheer size of lorries means they sometimes cannot see cyclists or pedestrians when they are turning corners. It only costs a few pounds to fit the warning devices that will help the drivers."
"We have the opportunity to save thousands of lives and prevent many serious injuries each year."
"We need to encourage as many people to travel by bicycle as possible, and this is much easier if every journey on the road doesn't become a battle for survival!"