The European Parliament, following a cross-party initiative initiated by the Liberal Democrats, has forced a debate on the shocking rise in hate crime against EU nationals in the UK, following the Brexit referendum. 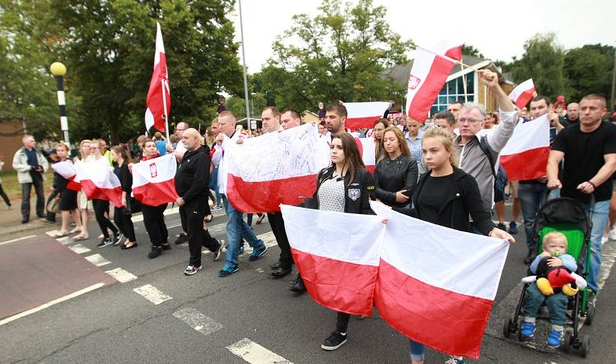 The UK Equality and Human Rights Commission has gone as far to say that some of the language used by Brexiteers during the referendum campaign "legitimised hate".

“Britain's reputation across Europe as a beacon of tolerance and diversity lies in tatters, driven by the deployment of divisive and hate filled rhetoric from right wing brexiteers and english nationalists."

“It’s time for those who want Britain to be an outward-looking, decent and tolerant country to speak out."

“The vast majority of EU citizens who come to the UK do so to work and pay their taxes. Without them our NHS, agricultural and food sectors would struggle to function."

We all know Niemöllers poem.

First they came for the Communists, the Socialists, the Jews and how he lamented that he had not spoken out for them,

there was no one left to speak for him.

This was Europe 65 years ago. But now see that we must speak out again.

When it happens to ‘the other’, whoever they are.

In June the UK had the most divisive referendum campaign.

Our Equality and Human Rights Commission said that the referendum campaign had, I quote “legitimised hate”.

During the campaign a young MP, doing her job was shot and stabbed to death, by a man consumed with hate,

who shockingly on his conviction was supported by 60k tweets.

2 months after the EU referendum, Mr Arek Jóźwik, a Polish national was assaulted and killed by six teenagers in what was believed to be a hate crime.

In the week following the Brexit result, reported hate crime incidents rose by 58% compared to the year before.

But its not just in the UK, Politicians and leaders on both sides of the Atlantic and across the Union are again pedalling hate and fear.

It gives permission to others who feed on this bile, or who are deranged enough to think that this is acceptable

Many EU citizens living in the UK are very scared, as are those seeking refuge or who have migrated elsewhere in the EU.

What has the UKs government’s response been?

to ask companies to report to them their foreign-born employees - what message is that sending?

That is not the Britain I know.

The Britain I know is outward-looking, decent and tolerant.

The Britain I know stands up for everyone, no matter what’s your skin colour, what’s your language, who you love or worship.

and it was this ethos that founded the European Union, as they recovered from the horrors  as Niemollers wrote his poem

But in this sea of rising intolerance there are small glimmers of hope.  After the death of Mr Jozwik, the Polish centre in London was deluged with flowers and messages of sympathy.

Brexit or no Brexit, racist, homophobic and hateful speech must be publicly and forecably condemned by all;  and I as a Liberal Democrat will continue to do just this.