Government urged to call time on hikes in beer tax 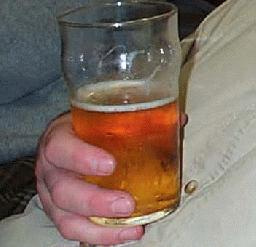 Catherine has urged the Chancellor of the Exchequer to abandon plans for a potential five per cent hike in beer duty at next Wednesday's budget.

Beer taxes in the UK are already 11 times higher than in Germany, which is the largest beer market in Europe.

Catherine said: "Pubs are feeling the pinch at the moment and another hike in beer duty could push some over the edge.

"Current beer tax rises in the UK are totally unsustainable."

Around 129,000 people work in the pub and brewing industry in the South East, which provides £2,826m for the regional economy.

And the British Beer and Pub Association (BBPA) said a freeze in beer duty could protect 16,000 UK jobs over the next three years.

Catherine added: "I hope the Chancellor will take action to protect these jobs by scrapping another hike in beer duty.

"This will also help our much-loved pubs, the communities they serve and the important local facilities they provide."

The beer and pub sector in the South East boosts the Government coffers by £1,285m every year.

The BBPA has teamed up with the Campaign for Real Ale and the Society of Independent Brewers to call for a freeze on duty.