For Our Jobs. For Our Security. For Our Environment. #whyIamIN

The Deputy Prime Minister delivered a strong defence of Britain's place within the EU today. 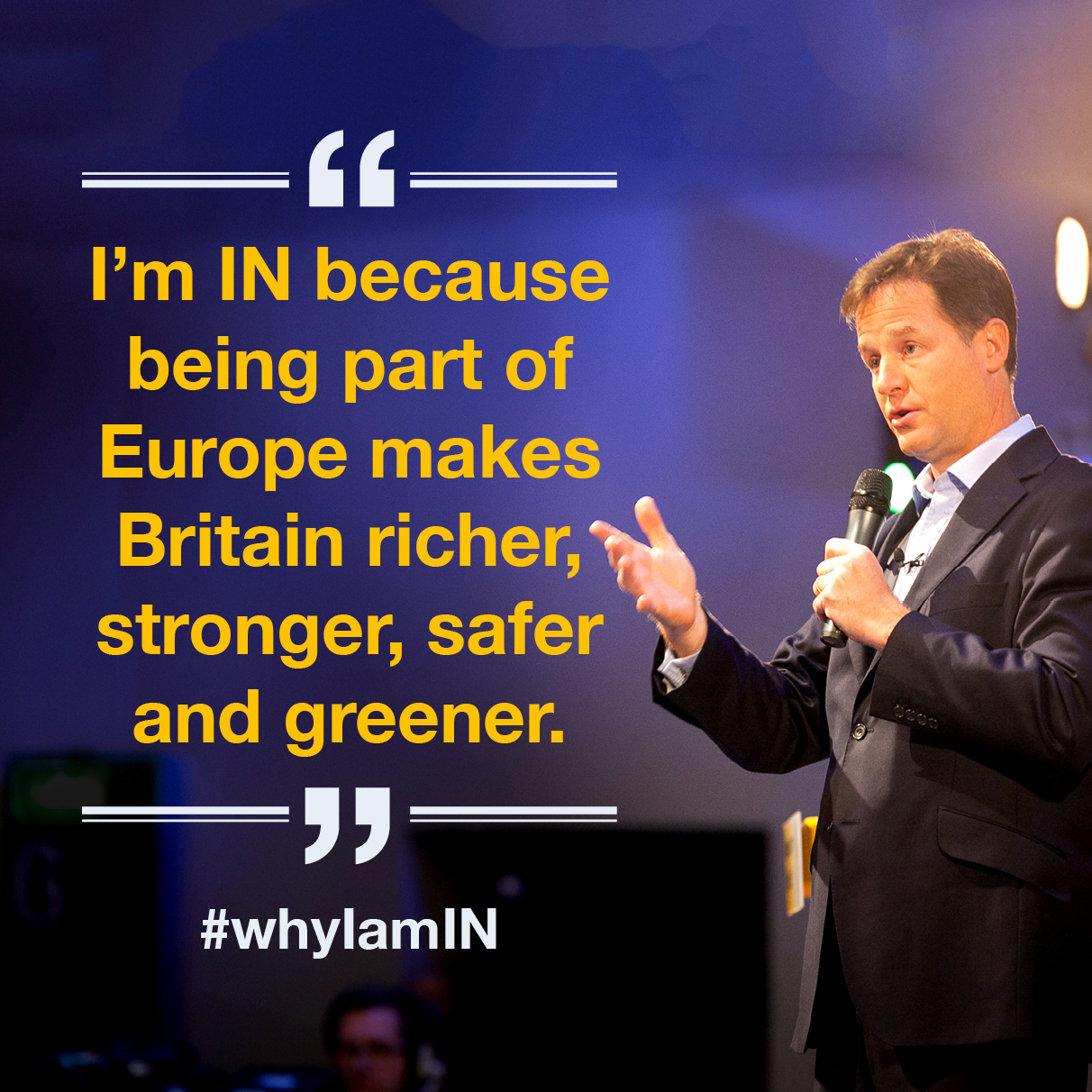 He issued a call-to-arms to businesses, charities, organisations and politicians to show their support for Britain's continued membership in a reformed EU.He also expressed concern that the Euro-sceptics have been allowed to go unchallenged for too long and that 'ludicrous mythmaking' needs to be challenged.

"Nick is right to say that most of us believe the UK is better off in the EU, but we can't afford to remain quiet anymore.

"Hundreds of thousands of jobs in the South East rely on our strong trading relationship with the EU. Even the threat of exit can put these jobs at risk.

"We can only tackle issues such as cross-border crime at an international level. When crime crosses borders, justice must too."

The DPM has also written to more than 100 leading organisations covering areas such as policing, trade, finance, human rights, the environment and child protection, calling on them to publicly declare why Britain is better of 'in'.

In his speech Nick Clegg said:

"Express your support for staying in the EU however you like: tweet using #whyIamIN, put it on Facebook, post it on our website, write to the Government, write to the newspapers, make your position clear in the conversations you have and the work you do.

"Whatever you do, just don't let the isolationists speak for you or dominate this debate.

"And if you are for IN, don't wait for others to say it; make yourselves heard."

The estimated number of jobs that depend on a strong trading relationship with the EU (broken down by parliamentary constituency) can be viewed at: http://www.europarl.org.uk/resource/static/files/ukjobs.pdf