Catherine has welcomed the news that the European Parliament has backed the cross-border enforcement of penalties for speeding, drink-driving, not wearing a seatbelt and running a red light. These four offences are responsible for most fatalities on European roads. 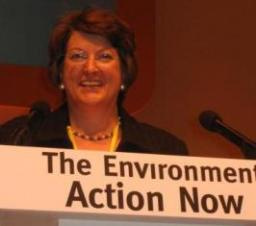 At the regional conference of the Liberal Democrats in Reading, Catherine spoke about how much the non prosecution of traffic offences by non UK residents is costing councils in this region.

At present, sanctions for traffic violations in Member States other than the driver's country of residence - especially the automatically recorded ones - are mostly not followed through. This relative impunity encourages irresponsible driving and undermines road safety.

"This vote is not about harmonising the rules of the road or the penalties for traffic violations. Instead it is putting in place an efficient system of cross-border enforcement of penalties for the four most dangerous offences. Drivers think twice before breaking the rules if they know that fines will follow them home."

The cross-country data exchange network through which European countries will identify and notify offenders is accompanied by data protection safeguards. It will be evaluated after two years when its scope can be extended to cover other violations as well.

"We expect Member States to follow up swiftly and endorse this bill. We will no longer be taken for a ride by drivers exploiting the loopholes in the system", added Watson.

Catherine said "I hope that in the future we can end all cross-border fine dodging as well. This is just the sort of thing that cross border cooperation in the EU can help to achieve."