Turning our back on the EU could threaten around 500,000 jobs across the South East, Catherine Bearder MEP has said. 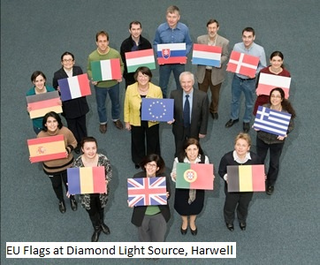 Catherine made the warning ahead of Europe Day tomorrow (Thursday, May 9), which marks the establishment of the first European Community in 1950.

She said: "I believe Britain's place in the European Union is vital to our economic recovery in the South East.

"We know hundreds of businesses across the region rely on our membership and one in ten jobs is reliant on UK trade with the EU.

"Meanwhile, UKIP and the right-wing of the Tory party have no answer on the true impact of an exit from Europe. What would happen to these jobs?"

Around 50 per cent of foreign direct investment into the South East comes from other EU members states.

It is thought the average South East households is £3,300 better off each year as a result of the growth in the UK's trade within the EU single market.

The area also gets a boost from an influx of students and tourists thanks to freedom of movement rules across member states.

And between 2007 and 2013, the EU ploughed £23m into the South East economy, while the European Investment Bank invested £2.5bn during the same period.

Catherine added: "Europe Day is a good time to shout from the rooftops about the benefits of the UK's membership of the EU.

"It is now time for those who recognise the true benefits of working together with our European partners to stand up and be counted against the rise of nationalistic parties.

"Our relationship is key in making our economy stronger and greener."