Sunday 21st May is Natura 2000 Day - a day to celebrate the EU and UK’s continued commitment to nature protection.

Natura 2000 is an ecological network of conservation areas across the EU and is crucial in halting species decline.

The South East is home to a number of threatened species, including the Turtle Dove, which depends on the Natura 2000 nature protection sites and funding.

Notable Natura 2000 sites in the South East are Arun Valley, Dungeness, and the Thames Estuary and Marshes.

A recent Eurobarometer survey showed that around 8 out of 10 people think biodiversity loss is a serious problem.

The Brexit negotiations will certainly put the future of the Natura 2000 sites into question.

“The vote to leave the EU was not a vote to jeopardise Europe’s nature protection.

“It was Boris Johnson’s father who helped set up these nature sites when he was an MEP and since then other British MEPs have continued the work.

“We demand the new government protects these sites and other environmental protections in the Brexit negotiations.

“The Turtle Dove is a threatened species, its very survival depends on the UK’s commitments to EU nature protection long term. 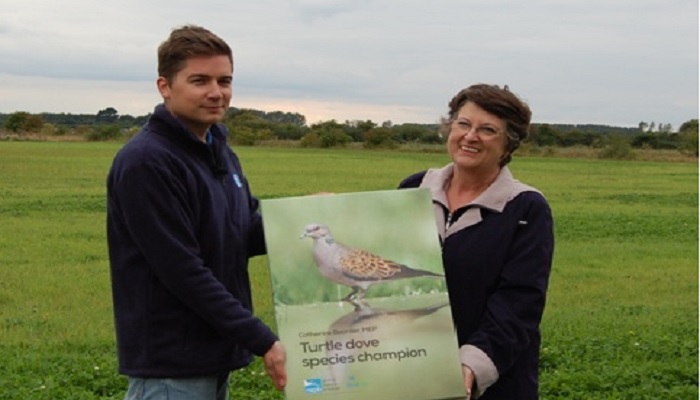