Local MEP Catherine Bearder has given her backing to new EU rules that will ensure that electronic cigarettes can be sold as freely as their tobacco alternatives. 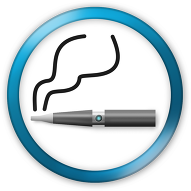 Instead they insisted that e-cigs with a nicotine content of 20mg/l or less should be regarded simply as consumer products.

E-cig manufacturers will have to ensure that refillable nicotine fluid containers are childproof and that spillage can be prevented, but a wide range of flavours will continue to be available.

National government ministers insisted that e-cigs with a higher nicotine content should only be available if classified as pharmaceuticals, arguing that nicotine is an addictive substance.

Catherine Bearder claims that the new rules bring e-cigs into the mainstream.

The Liberal Democrat MEP believes they could be a game changer in the fight against smoking related disease that kills 700,000 people across Europe each year.

She said: "This is a compromise that won't please everyone, but it's a huge improvement on the alternative of an e-cig ban that was threatened in some countries.

"We don't yet know the long term consequences of using e-cigs, but it must be likely that they will be healthier than the tobacco that we know is so damaging."

MEPs also agreed new rules to beef up the warnings on cigarette packs, with bigger pictures and harsher words for smokers.

Health warnings will now take up 65% of the surface area of a cigarette packet after studies show that this has an impact on existing smokers and acts as a deterrent to young people thinking of starting.

Catherine added, "Everyone knows that smoking is bad for you but the warnings hit home best when you have to take a cigarette out of a box that is warning you that they will kill you.

"Even if it only stops a few more people smoking that will mean a healthier life for them and those around them."