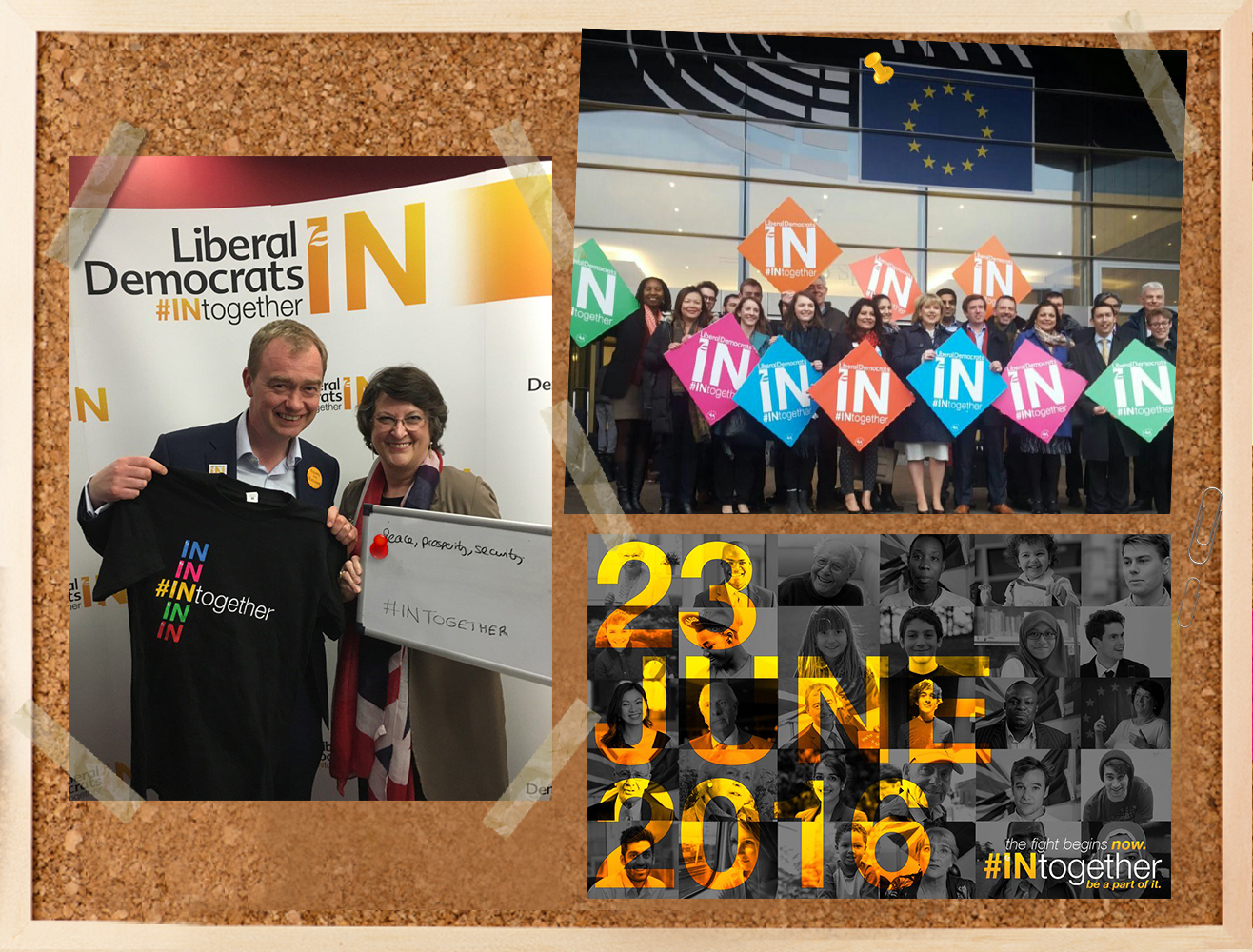 From farmers to midwives, the IMF and trade unions, and now even President Obama, the case to stay in Europe is becoming overwhelming. Meanwhile the Leave campaign still can't tell us what Out looks like and have resorted to complaining about process instead of substance. That's a sure sign they are losing the argument.

While facts and figures have been flying in both directions, the Liberal Democrats have been trying to inject a bit of colour into the debate. We're encouraging anyone and everyone to share your favourite European memories online using #wesaystay on Twitter or Instagram, or by uploading them directly onto our website at http://wesaystay.uk/. The best pics will win weekly prizes including free Eurostar tickets. So don't waste any time, share your pictures to show that Europe is about more than just trade and business, it's about family and friendship too!