EU needs to focus spending on research, not bureaucracy

The European Commission needs a 'serious reality check' after it emerged Brussels plans to cut funding in research and development in 2014, Catherine Bearder MEP has said. 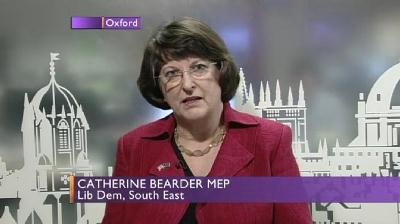 The EU Commission Draft Budget for 2014 has outlined an overall 5.8 per cent budget cut, but also demanded a hike in administrative spending.

Catherine said: "Liberal Democrats have been clear the Commission must show restraint and needs to prioritise spending in areas that will help create jobs and boost economic growth.

"This is something it seems the Commission has ignored and there are still big questions over some elements of this draft budget.

"The fact the Commission want to increase spending on bureaucracy, but cut essential research and development budgets - which will hit our universities and businesses - suggests they need a serious reality check."

The EU's R&D funding has provided over four billion Euros in research grants and loans to British scientists and innovators over the last four years, more than almost any other member state.

Catherine added: "The Commission needs to explain how such an increase in administrative costs can possibly be justified in the context of these cuts.

"Additional bureaucracy will not deliver for Europe and the Commission need to look hard at these plans to see what further savings can be made.

"We need a new emphasis on investment in research and development. This is an area where prioritised spending can have real, tangible benefits for the UK and help us build a stronger European economy."