Vice-President Frans Timmermans today confirmed that the European Commission intends to withdraw and modify EU proposals to increase recycling and curb air pollution as part of its 2015 Work Programme. 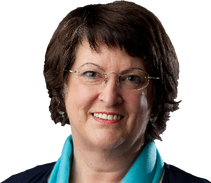 Mr Timmermans said the current recycling proposal would be withdrawn and be replaced by a "broader and more ambitious" approach in 2015. Meanwhile the Clean Air Package would be modified as part of the EU's 2030 Energy and Climate Package to overcome supposed disagreements between national governments and the European Parliament.

However, Mr Timmermans stressed that the Commission will wait for the views of the European Parliament and the Council before formalising the withdrawals.

"The Commission has backed down from scrapping environmental proposals entirely, but we must now prevent them from being watered down.

"The transition to a greener, cleaner economy will not only protect our environment - it will spur innovation and create long-lasting jobs.