A loophole that has allowed body parts from endangered lions to be imported into the EU as hunting trophies is set to be closed tomorrow in a move that has been welcomed by wildlife campaigners. 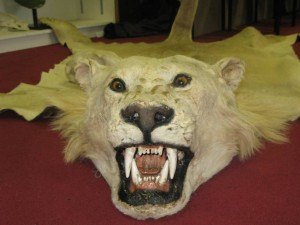 The new rules will ban imports of lion hunting trophies into the EU from a number of West African countries where there is concern that lions are not being hunted sustainably, including Benin, Burkina Faso and potentially Cameroon. A survey last year found there has been a "catastrophic collapse" in the number of lions in West Africa, with only around 400 left in the wild.

From 2008-2012, 1438 lion hunting trophies were imported into the EU. Many of these came from South Africa (1043), where the vast majority of hunted lions are bred in captivity. However, 395 of the hunting trophies came from other African countries where lions are shot in the wild. These include 63 from highly endangered populations in West Africa, a sub-species distinct from other African lions, 80% of which were imported to France.

Liberal Democrat MEP Catherine Bearder, who has long campaigned for a change to the EU rules on lion trophy imports, commented:

"This is a vitally important step for the conservation of lions and other endangered species.

"This glaring loophole had allowed the import of hunting trophies from lions which are on the brink of extinction in West Africa.

"The EU must now ask all African countries to justify trophy hunting and prove it is being done sustainably."

"We are absolutely delighted that the EU has placed more stringent regulations on the import of hunting trophies from a number of species including lions.

"LionAid has been working hard to achieve these more stringent regulations. We hope that now the EU can request much more information from African source countries about the sustainability of trophy hunting of species like lions that is in rapid decline to justify the issuance of import permits."