Tory MEPs have been criticised after this week voting against European Parliament proposals to tackle the pay gap between men and women. 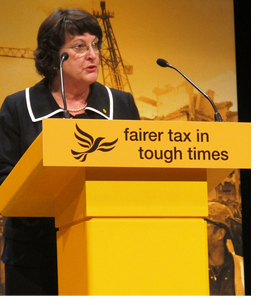 The vote came after it emerged women in the UK still earn around 10 per cent less than their male colleagues for the same work.

The UK's Office for National Statistics reported in 2011 the median gross earnings for full-time employees were £498-a-week.

However, men were bringing in £538-a-week compared to the £440 median full-time wage for women.

Liberal Democrat South East MEP Catherine Bearder voted on Thursday in favour of the principle of equal pay for male and female workers for equal work, or work of equal value.

She said: "It is a complete disgrace that the work of women in the UK and across Europe remains so greatly undervalued.

"And it is completely shameful the Conservatives in the European Parliament voted against concrete proposals to tackle this persistent gender pay gap."

The gender pay gap varies between 4.4 per and 27.6 per cent across the European Union.

MEPs called for a Europe-wide strategy to address the problem by coordinating policies and involving businesses, as well as other relevant non-governmental organisations.

Catherine added: "Reversing a centuries old trend which has seen women struggle for parity with men in the workplace is difficult.

"Economies across Europe are feeling the pinch, but we must not allow this to be a reason for shelving the gender pay problem."

The full report on equal pay for male and female workers for equal work or work of equal value can be found here:http://www.europarl.europa.eu/sides/getDoc.do?type=REPORT&reference=A7-2012-0160&language=EN