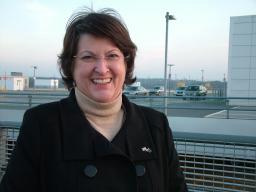 On Friday a staggering 67.1% of people in Ireland voted to accept the Lisbon Treaty. This Treaty is designed to streamline the functioning of the EU and make it far more efficient and effective.

Catherine commented: "Hopefully now we can enter a new phase in European politics, one with less wrangling and more focus on what Europe can achieve."

"The Irish 'yes' vote shows that, despite all the nationalist rhetoric coming from the Tories, the Irish people do want to be full and active partners in Europe."

"If we're serious about protecting the environment, tackling crime, and fighting our way out of the recession, then we must be at the centre of Europe. The Lisbon Treaty will help us do that."

Fellow Lib Dem MEP Chris Davies also welcomed the result of the Irish referendum and has attempted to dispel many of the myths that have been circulated about the Treaty. He explained, 'you hear a lot of nonsense about the European Union. Europhobes claim that it, or they, want to dominate and control. But the European Union is nothing more in essence than a mechanism that allows 27 democratic governments with shared values to work together and take decisions about issues of concern to all.'

'Arrangements that worked just about adequately when the EU only had 15 Member States are hardly good enough now there are 27 of them. The sheer size, and the need for consultation on everything, means that everything takes much longer. A new treaty is needed to make things work quicker and maybe better.'

'It says that government ministers must meet in public when discussing proposed new EU laws. It requires the European Commission to reconsider proposed legislation if seven or more national parliaments object to it. It says that every person in the EU is a European "citizen" and as such has the right to certain freedoms.'

'And I liked the comments of Irish MEP Sean Kelly who delivered a great put down to UKIP in the European Parliament. Describing their comments about Ireland as "condescending" he said "Ireland has not been FORCED by anybody to vote a second time. It was a decision independently taken by the Irish Parliament. We haven't been FORCED to do anything since we gained our independence from Britain in 1922!'