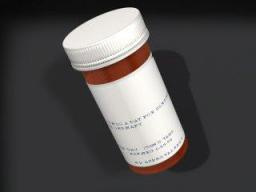 In July 2008, UNITAID (an organisation that works to combat HIV/AIDS, Malaria and Tuberculosis in developing countries) committed to establish a voluntary patent pool for medicines. The aim of the pool is to reduce the burden of cost facing developing countries when purchasing antiretrovirals and other medicines.

Currently only a third of the 10 million people in need of antiretroviral treatment have access to it and, despite this, the cost of these drugs is on the rise. There is an urgent need to find affordable second-line treatments.

There are two million children living with HIV but less than 10% of them have access to the medicines they need, and many of the antiretroviral drugs available are not approved for paediatric use.

Catherine, a member of the EU delegation to the ACP Countries (a collection of states from the African, Caribbean and Pacific regions), said, "millions of people in developing countries across the world are dying from diseases that are either curable or preventable. They are dying because access to the drugs they need is much harder for them than it is for us in the developed world."

Catherine explained, "whilst we need to protect the incentive for drug companies to produce these drugs, and invest in research for the drugs we need tomorrow, we need to find a way to make sure they are affordable for the people who need them most."

Catherine argued, "the UNITAID patent pool does not impose anything on drug companies, participation is entirely voluntary, and the impact it could have in the developing world would be remarkable."