This week Hampshire MEP Catherine Bearder and Communities and Local Government Lib Dem Minister, Stephen Williams, made a special visit to a thriving Hampshire marine business to highlight the importance of the Marine Industry and EU trade to the region and local jobs. 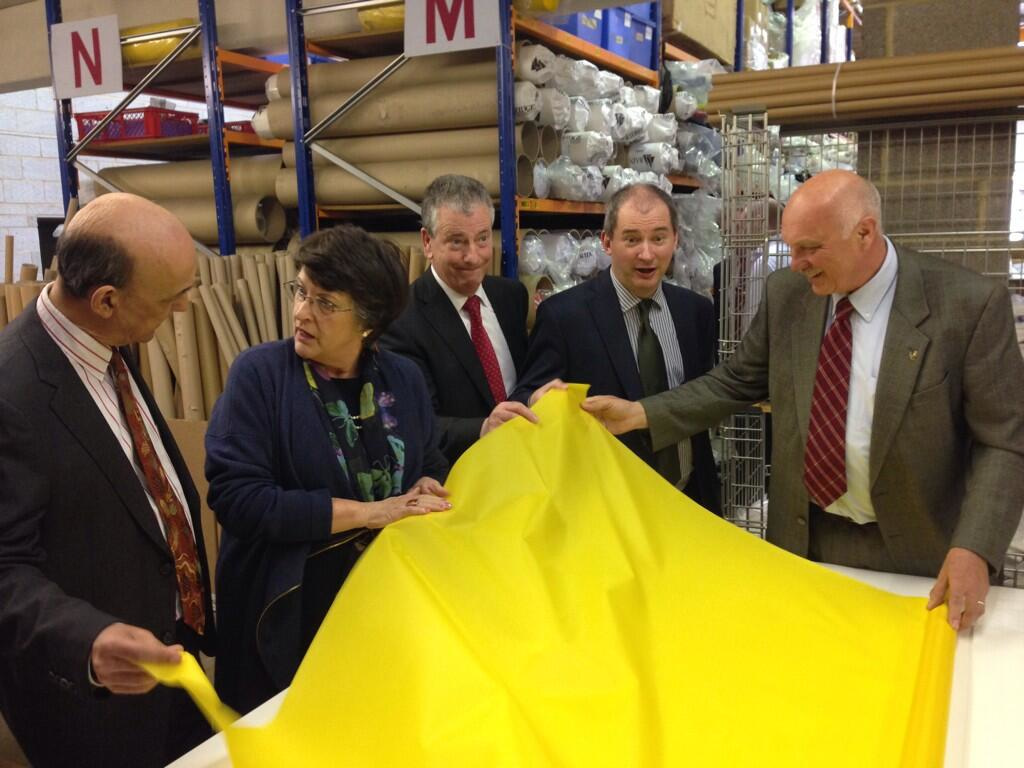 The Minister and the MEP were joined by local MP Mike Thornton at one of the longest established sail manufacturers, Bainbridge International, yesterday as part of the Liberal Democrat campaign to fight for British jobs and keep Britain in the EU.

The visit focused on the marine industry's impact on the region's economy, which is worth £270 million and creates more than 8,000 jobs in the South East.

As a whole, the UK sector makes £515 million worth of EU-trade - making nearly 50% of the total marine industry's exports.

The marine industry is vital to Eastleigh, which has the largest number of British Marine Federation members in the UK.

The party were shown round the site by Gordon Coventry of Bainbridge International and Brian Clark of the British Marine Federation, and saw the world-class products made by the company.

"It was a pleasure to receive a return visit from our local MP Mike Thornton, this time with his fellow politicians, junior minister Stephen Williams and MEP Catherine Bearder.

"Being an SME, we are regarded as contributors to technology and the local economy but often overlooked for the Global nature of our business.

"From our base in Hedge End we reach out to all markets, with exports to European countries accounting for 30% of our annual turnover. Our global reach extends also to manufacturing with many of our premier sailcloth fabrics being produced in Europe. Such is the importance of controlling this supply chain, another little known fact is that we retain a significant shareholding in our French manufacturing plant."

"I was delighted to see how many local people were employed at Bainbridge.

"The marine industry is a significant exporter, with one half of all its exports going to the EU and the rest of Europe.

"It's vital we don't threaten this industry and those it employs by pulling up the drawbridge to our closest trading partners."

"I'm so proud to have Bainbridge International in our borough. Seeing their Spinnaker sailcloth first-hand was a stunning example of why they are considered the number one innovators in their field.

"The Marine Industry has helped create over 8,300 jobs for local people in our region. The sheer amount of International and European trade, and the number of jobs that depend on the marine industry in our county, make it clear why we must stay in the EU."