Cameron has been left all at sea over EU budget

The UK could suffer if the Prime Minister continues to dither over EU budget discussions, South East MEP Catherine Bearder has said. 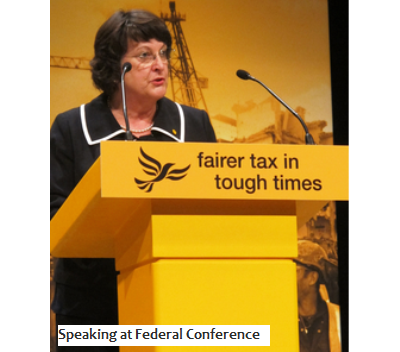 David Cameron is focused on pressing for a real-term freeze in the budget and opposing the five per cent increase proposed by the European Commission, despite the Commons revolt which called for a real-terms reduction.

But Catherine Bearder, an MEP for the South East, said Britain could risk being frozen out of key decisions by other member states on the amount of money we pay for membership of the EU.

She said: "The Prime Minister has left himself bobbing up and down on a lone raft in the English Channel between the EU budget debating table and his angry Eurosceptic Tory MPs.

"The fact is Mr Cameron is completely adrift from his partners in the EU. He should negotiate and return with a deal equal to a freeze, which would be good for the country, even if he has to face the fury of his backbenchers.

"Alternatively, he could use his veto and torpedo any deal. But that would mean the 2013 budget would roll over annually on a month by month basis until a new long term budget is agreed.

"That would mean an annual inflationary increase with no UK veto. The current EU rules, agreed by Tony Blair in 2006 would leave the EU without the ability to enter any long term plans or projects and be more expensive in the long run.

"Going down that road would deliver the Commission's five per increase and would to leave Mr Cameron nowhere to go.

"He must have the political courage to agree a sensible deal which reduces EU spending and which is good for the UK, before facing down his internal party critics."