Today, local MEP Catherine Bearder took the opportunity to speak about what is undoubtedly still the most important reason for a close European Community working together. 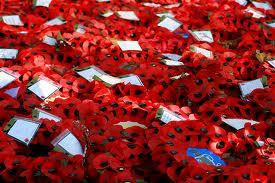 Speaking to a hospital radio station she visited and joined in observing the 2 minutes silence, Catherine said:

"There are many critics of the European political system and we have seen a lot of anti-European rhetoric in the UK parliament and media recently.

"But we need to remember the strongest argument for European cooperation and the most important success of that cooperation is the 65 years of peace that have existed between a group of countries that have spent centuries at near-constant war.

"Democracies that work together and come to rely on each other to trade with are far less likely to go war. Winston Churchill knew this when, speaking in the aftermath of war he said that "if Europe were...united in the sharing of its common inheritance, there would be no limit to the happiness, to the prosperity and glory which it's three or four hundred million people would enjoy."

"Well, it's now five hundred million and that original argument still remains the strongest one for the existence of a strong union of countries in Europe. We owe it to those that we remember today."