ARTICLE: The Brexiteers are against a lot of things. That’s not enough 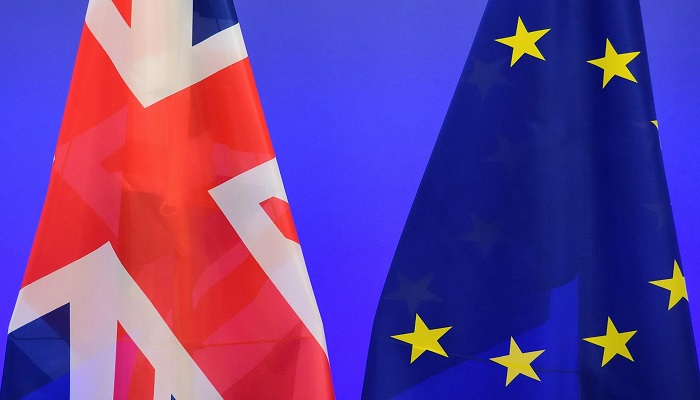 Read my article on Brexit in the Independent on Sunday.

In less than a year we could face the prospect of leaving the world’s largest trading bloc and going it alone.

The British people deserve a full and honest discussion on the impact that such a dramatic and unprecedented move would have.

Vague assurances and unsubstantiated claims are not enough.

Those clamouring for an EU exit need to come up with a credible alternative and they need to do it now.

EU referendum: The Brexiteers are against a lot of things. That’s not enough

We will soon be voting on Britain’s economic future. It’s time for some serious debate about the options.

For years the likes of Nigel Farage have been able to peddle their simplistic narrative unchallenged: that it is somehow the patriotic thing to do to cut Britain off from our trading partners and that we would easily be able to negotiate a new deal with the EU. But now the debate over Brexit is getting serious.

In less than a year we could face the prospect of leaving the world’s largest trading bloc and going it alone. The British people deserve a full and honest discussion on the impact that such a dramatic and unprecedented move would have. Vague assurances and unsubstantiated claims are not enough. Those clamouring for an EU exit need to come up with a credible alternative and they need to do it now.

The first important issue the Outers must address is how they would renegotiate favourable terms from outside the tent. Under the rules laid down in the Lisbon Treaty, the UK government would have up to two years to renegotiate a deal with remaining EU countries. Any deal would have to be approved by a majority of EU leaders in the European Council and have the consent of the European Parliament. Critically, Britain would not take part in any of the council’s discussions throughout the negotiations, and there would be no guarantee that a satisfactory deal would be reached in time.

We would be faced with two years of uncertainty in which Britain would be left out of the room when crucial decisions over our country’s future are taken. That is not patriotic, it is reckless. We would be leaving our economic destiny in the hands of others and putting a huge question mark over future investment in the UK.

The next question the eurosceptics must answer is what arrangement they would choose in order to allow the UK to trade freely with the rest of the EU. Remaining part of the European Economic Area, like Norway, would mean accepting all single market rules but losing any influence over them. Switzerland has agreed a bespoke set of bilateral trade deals, but they took more than 10 years to negotiate and still do not include free trade in services, a sector that is key to the success of British economy and London’s status as Europe’s financial capital. Both models would mean paying into the EU budget, and accepting the bulk of EU laws and the free movement of EU citizens. Hardly the stuff of Ukip dreams.

The Out brigade point to free trade agreements the EU has concluded with countries such as Mexico or South Korea. But these involve only lowering barriers to trade in some agreed areas. That might be tolerable for an economy like Mexico’s, which is on the other side of the world and does only a small proportion of its trade with the EU. But it comes nowhere close to offering the comprehensive, unhindered access to the EU market that the UK currently enjoys and which has helped make our country the biggest recipient of foreign investment in Europe.

We cannot deny our geography: half of our trade is with the EU and this is not going to change any time soon. Many businesses, both large and small, rely on the free access to the single market that our EU membership brings. Eurosceptics are entitled to propose a model that would not achieve that, but they should acknowledge the undeniable impact this would have on the British economy.

Some claim that, post-Brexit, the UK would be free to forge trade links with the rest of the world. But they fail to mention that leaving the EU would mean losing access to trade deals with 50 countries that the EU has already negotiated. We’d have to rebuild Britain’s trade policy from scratch – and from a position of weakness, a long and tortuous process that would take many years and create long-term uncertainty. The Brexiteers say we could trade with the Commonwealth instead, playing to nostalgic notions of empire. But the EU already has free trade deals with more than 20 Commonwealth countries and is negotiating many more, including new trade talks with Australia and New Zealand. We should be seizing the opportunities to boost trade for British businesses, not throwing all this progress away.

Over the coming months those campaigning for EU exit will talk a lot about what they are against. But they also need to be clear about they are for. They need to admit that leaving would mean losing control. It would mean years of uncertainty and letting others shape our future for us.

Liberal Democrats are clear where we stand. We believe Britain must lead in Europe, not leave. The patriotic thing to do is not to marginalise ourselves, it is to remain in the EU and put Britain at the heart of our continent’s future.