A majority of MEPs today have backed calls for EU proposals on air quality and recycling not be withdrawn or watered down as part of the Commission's 2015 Work Programme. 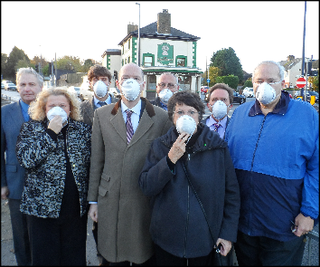 Yesterday negotiations broke down over a joint text, resulting in each  political group tabling its own resolution. None of these received a majority  when voted on today.

However MEPs from the Liberals, Socialists and Greens clubbed together to  vote in favour of individual amendments criticising the withdrawal of the  environmental proposals. Each of the three groups' amendments on waste  and air quality received narrow majorities.

Almost all centre-right and Conservative MEPs voted against these  amendments, voting instead for their own resolutions which avoided open  criticism of the Commission's plans.

"A clear majority of MEPs have signalled that they don't want to see a  weakening of EU proposals on waste and air quality.

"This sends a simple message to the Commission: yes to better regulation  but not at the expense of our environment.

"Businesses and the public are crying out for action to put our economies on a more sustainable footing. The Commission must deliver for them now."

It was confirmed this week that the new air quality limits will not be withdrawn, but that the Commission may propose amendments later in the year to take into account the views of the European Parliament and EU national governments.

The Commission has also said the EU's waste package will be withdrawn and replaced with a more ambitious proposal by the end of 2015. It is understood it wants to combine the circular economy package with Juncker's new Investment Plan.